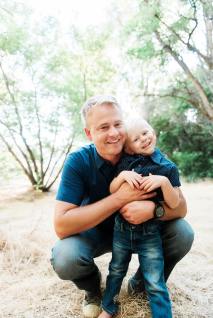 Steven’s journey with Black Rock & Sage began during the spring 2009 semester when he registered for the Literary Magazine course. This was during his first year as a doctoral student in the English department. In the fall of that year he became the Prose editor for BR&S and the following year he became the editor-in-chief, a position he held for four years. During Dr. Goslee’s sabbatical year he filled in as the faculty advisor for BR&S, which included teaching the Literary Magazine course. All combined, Steven says that working with the magazine was one of the most rewarding experiences he had while completing his degree.

In 2014 he received his Ph.D. and then spent one year as a faculty instructor for the English department. In 2015 he was hired by the Student Success Center to join a new program called First Year Transition. Steven, along with a terrific team of colleagues, works as an instructor/academic coach charged with the task of improving the retention of freshmen at ISU. In order to do so they teach a number of orientation courses and each mentor around 100 freshman at a time. They also operate a summer program for incoming freshmen called Bengal Bridge.

This month we had the opportunity to ask Steven about his favorite places, books, and hobbies-as well as really important subjects, like how speed-reading would be a fantastic superpower. Steven also offers some great, practical advice for aspiring artists and literary magazine editors.

My dad’s cattle ranch in southern Oregon (especially during spring or early summer).

Anything that involves spending time with my two children: reading books, taking walks, wrestling, cuddling, jumping, laughing, tickling, hide-and-seek, crawling into forts, and so on.

Don’t have just one, but many are memorable: Havasu Falls, Buddhist retreat in the mountains of South Korea, Sullivan Island off South Carolina, Cape Breton Island.

I’ve never been fond of the word favorite. But for years I read Thoreau’s Walden about once a year. These days I’m always reading a memoir (Michael Ondaatje’s Running in the Family is tremendous) or something by Wendell Berry. One-time favorite movies have included Rosencrantz and Guildenstern are Dead, The Mission, and Waking Ned Devine. I’m usually content with “Today’s Hits” channel on Pandora.

I find too much of contemporary literary culture to be oversaturated with pretention.

Don’t have a favorite. But here’s a couple for your consideration from Thoreau:

“Could a greater miracle take place than for us to look through each other’s eyes for an instant?”

“Most of the luxuries, and many of the so-called comforts of life, are not only not indispensable, but positive hindrances to the elevation of mankind.”

This sounds like a play written by Steven Martin. I always struggle with hypothetical scenarios, so I’ll just name three dead people I’d like to meet (even if they don’t appear to have much in common): the apostle Paul, Genghis Khan, Vincent van Gogh. What type of restaurant should we go to? Who do you think would pay the bill?

When I was younger and had longer hair strangers used to always say I looked like Owen Wilson. But I think I’d rather it be one of the men my wife has collected on a Pinterest board titled “Swoon”: Christian Bale, Ryan Gosling, or David Beckham.

Tough call. If I went domestic it would probably be a Border Collie or Australian Shepherd. If I go wild then how can you pass up something that flies—like an eagle—or floats effortlessly in the ocean—like a Humpback whale or Sea turtle.

As humans we need food, water, and shelter to survive. So it seems logical to say one palette of Spam, one palette of bottled water (preferably something fancy, maybe in a glass container), and a pre-fab mini-house (something from 500 to 900 square feet).  I believe in traveling light.

Growing my small business on a small farm with my small family.

19. Do you have any favorite literary magazines/publications that you’d like to give a shout out to?

For new spotlight posts, please visit our blog the second week of every month (but, of course, do come back more often than that!).